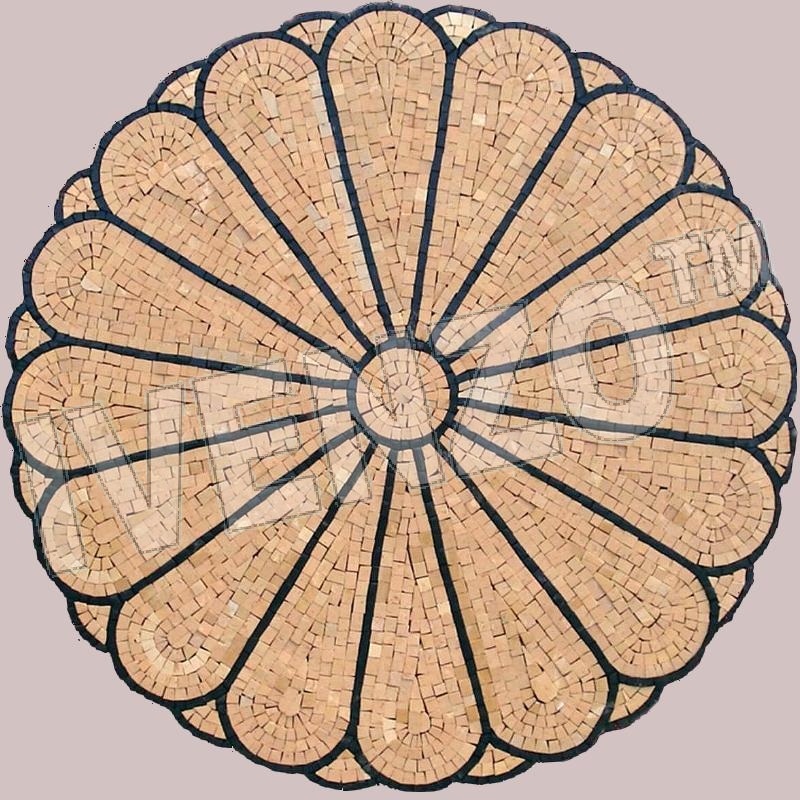 The Imperial House of Japan (also referred to as the Imperial Family or kōshitsu, 皇室) comprises those members of the extended family of the reigning Emperor of Japan who undertake official and public duties. Under the present Constitution of Japan, the emperor is the symbol of the state and unity of the people. Although he is not technically head of state, he is frequently treated as one. Other members of the imperial family perform ceremonial and social duties, but have no role in the affairs of government.
The Japanese monarchy is the oldest continuous hereditary monarchy in the world still in existence. The imperial house recognizes 125 legitimate monarchs since the accession of Emperor Jimmu (traditionally dated to February 11, 660 BC), including the reigning emperor, Akihito.
Source: Wikopedia

No mosaic of this type available from stock.