The Mosaics of Sousse

Sousse is a city of Tunisia, located 140 km south of Tunis. It is in the central-east of the country, on the Gulf of Hammamet, which is a part of the Mediterranean Sea.

In the 11th century B.C., the Phoenicians founded Hadrumetum. The city allied itself with Rome during the Punic Wars, thereby escaping damage or ruin and entered a relatively peaceful 700-year period under Pax Romana. Livy tells us that Hadrumentum was the landing place of the Roman army under Scipio Africanus in the second Punic War.

After the fall of Rome, the Vandals, and later the Byzantines, took over the town, renaming it, respectively, Hunerikopolis and Justinianopolis.

In the 7th century A.D. Arab-Islamic armies conquered what is now Tunisia and rapidly spread Arab culture across what had been a thoroughly Romanized and Christianized landscape. The Arabs seized the city, which in the aftermath of Rome's fall was but a remnant of its former self. They renamed the city Sûsa and within a few decades elevated it to the status of main seaport of the Aghlabid Dynasty.

When the Aghlabids invaded Sicily in 827, Sûsa was their main staging ground.

In the centuries that followed, as Europe gained technological ascendancy and began pushing back at Islam, Sûsa was briefly occupied by the Normans in the 12th century, was later more substantially occupied by the Spanish, and in the 18th century was the target of bombardments by the Venetians and the French. The French renamed the city Sousse (Actually the city is still called "Sûsa" in Arabic, i.e. no one renamed it since the Muslims conquered this area. The French just adapted its name for their own language, and the British borrowed it from the French).

Despite the turmoil around it, Sousse's character had retained the solidly Arabian look and feel it had assumed in the centuries after Islam's wars of conquest. Today it is considered one of the best examples of seaward-facing fortifications built by the Arabs. Its ribat, a soaring structure that combined the purposes of a minaret and a watch tower, is in outstanding condition and draws visitors from around the world.

Dougga or Thugga is a Roman ruin in northern Tunisia located on a 65 hectare site.
Dougga was originally a fortified Berber village (the name Thugga meant "pastures"). Later, it served as the seat of the Numidian king Masinissa in the 2nd century BC. The Romans occupied the city in the late 2nd century BC.
Dougga declined under Byzantine, then Vandal, occupation. Because impressive Roman ruins remain, Dougga was designated a UNESCO World Heritage Site in 1997.
A well-preserved theater was built around 168 AD, it is in such good condition until recently that it is used to stage concerts during the Dougga Festival held every summer. 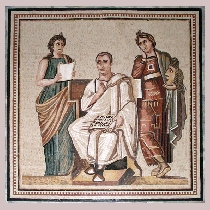 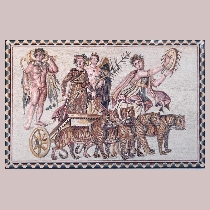 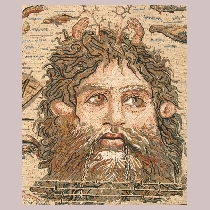 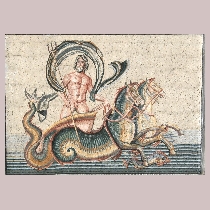 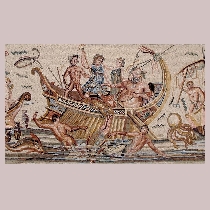 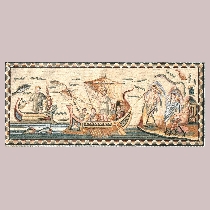 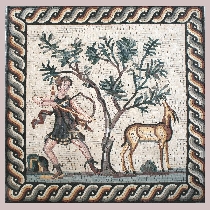 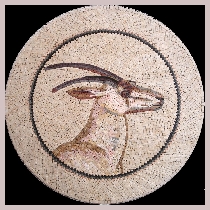 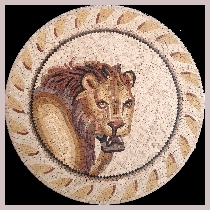