Van Gogh spent his early adult life working for a firm of art dealers. After a brief spell as a teacher, he became a missionary worker in a very poor mining region. He did not embark upon a career as an artist until 1880. Initially, Van Gogh worked only with sombre colours, until he encountered Impressionism and Neo-Impressionism in Paris. He incorporated their brighter colours and style of painting into a uniquely recognizable style, which was fully developed during the time he spent at Arles, France. He produced more than 2,000 works, including around 900 paintings and 1,100 drawings and sketches, during the last ten years of his life. Most of his best-known works were produced in the final two years of his life, during which time he cut off part of his left ear following a breakdown in his friendship with Paul Gauguin. After this he suffered recurrent bouts of mental illness, which led to his suicide. 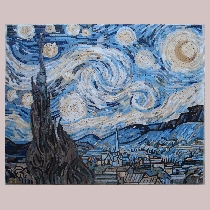 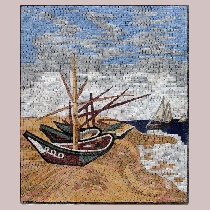 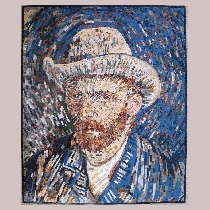 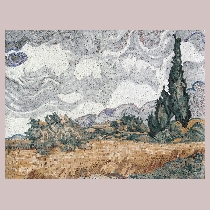